The Willingness to Awaken 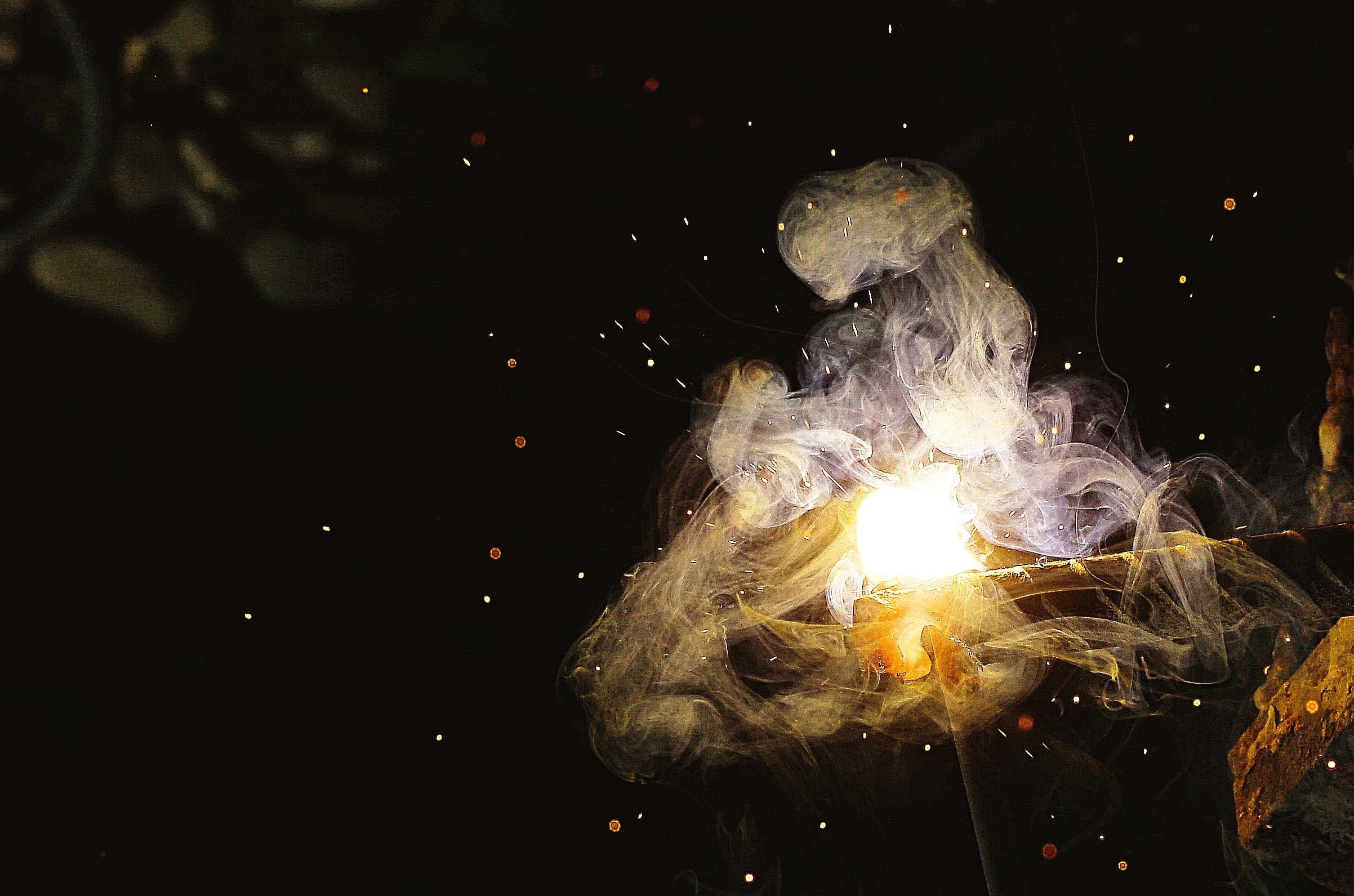 THE POWER OF A GROWTH MINDSET

You are not a drop in the ocean. You are the entire ocean, in a drop.”

A growth mindset is not something to obtain.
It is a vantage point from which to come. You can cultivate a growth mindset
by being open to what you haven’t heretofore understood
about any particular area of interest.

Clear and certain of what you are committed to, grounded in the present moment,
without being threatened by a different perspective,
is the powerful perspective of a growth mindset.
It is the safest and most creative place to stand because it is not personal.

What there is, is to be willing to listen for what you don’t know
in the midst of the cacophony of what you think.
This cultivates, and culminates in, a growth mindset.

Cultivating a growth mindset is the practice of
listening for a challenge to your certainty, without feeling reactive.
There is no gauntlet being thrown down eliciting defensiveness.
There is only a willingness to experience insight,
expanding your awareness regarding the concept you are considering.

Joy to the World! 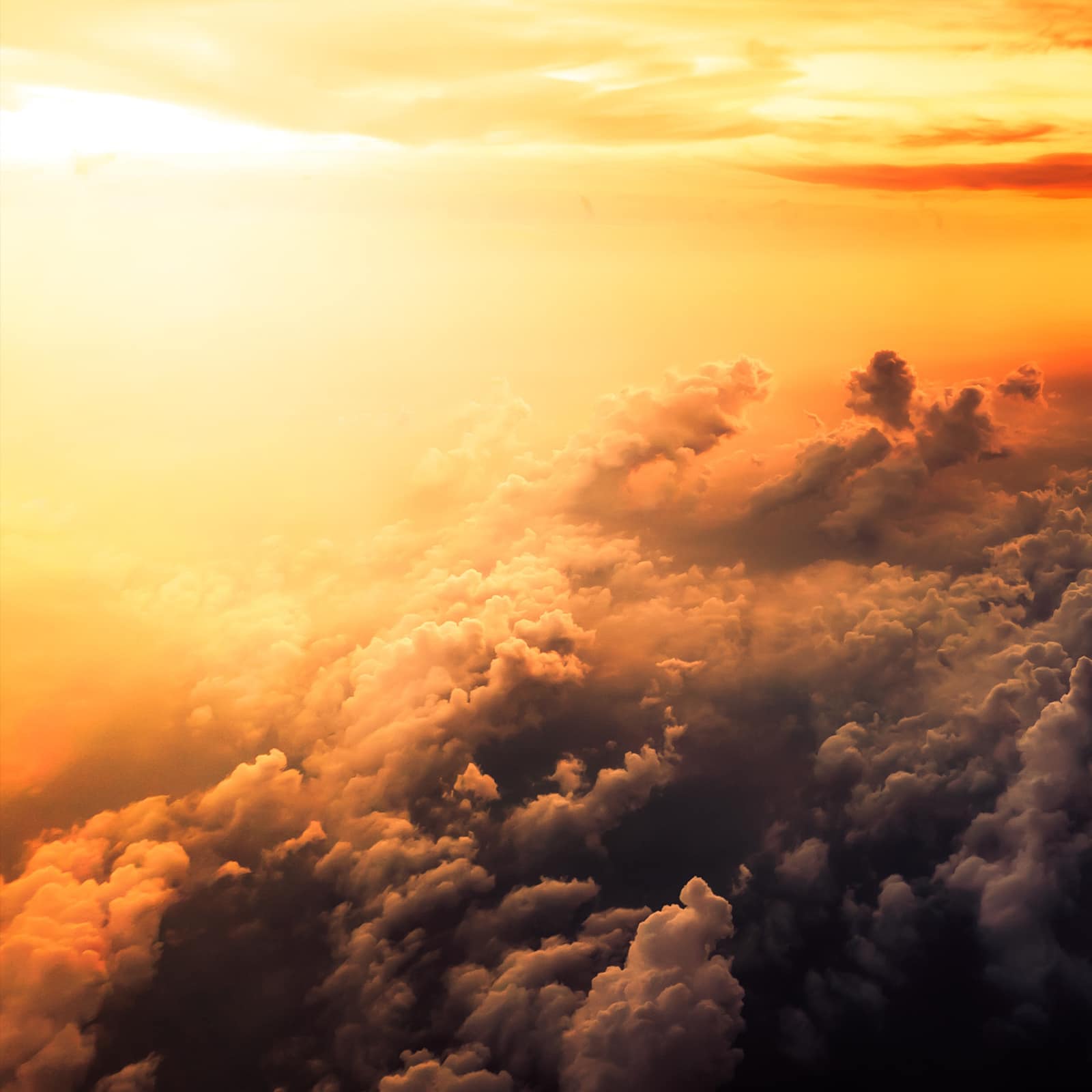 In the depth of winter, I finally learned that within me
there lay an invincible summer.

It’s the beginning of December, and I just watched a beautiful sunset within this brief window of no rain in a week of much-needed rainy days.

The days are shorter, the nights longer. Cozy nights by a fire, soups, holiday movies and lots of reading – all call to us, whereas 6 months ago we were still out running errands and working and just being busy until the sun set much later in the day.

If we look at Life as a metaphor, we could see the symbolism within nature’s timetable. Less time for outer activity, more time for inner reflection. As the season gets colder, nature slows down, hibernates, leaves fall from the trees, growth slows or stops, and nature lies fallow to replenish and rejuvenate for Spring and its expansion.

We too could slow down, reflect, review the past accomplishments of the year, consider what we could evolve and grow into in the coming year, with the renewed capacities born of rest and reflection.

It is the Christmas season as well as the holiday season for many spiritual traditions to celebrate the birth of an awakened consciousness. In the dark and quiet seclusion of the deepest winter night, in the quiet seclusion of our deepest reflection, wisdom unfolds, gathering substance as we allow ourselves time to be present to the Silence. Wisdom emerges as inspired and awakened consciousness, lighting the way for our own inner sage to find voice, ready to take form in the coming longer days of Spring.

Peace within emanating to peace without,
choosing peace for all who think of us, all who speak of us,
and to
all whom we contact.

Happiest of holidays to us all!

Joy to the world!

What does the Naked Eye See? 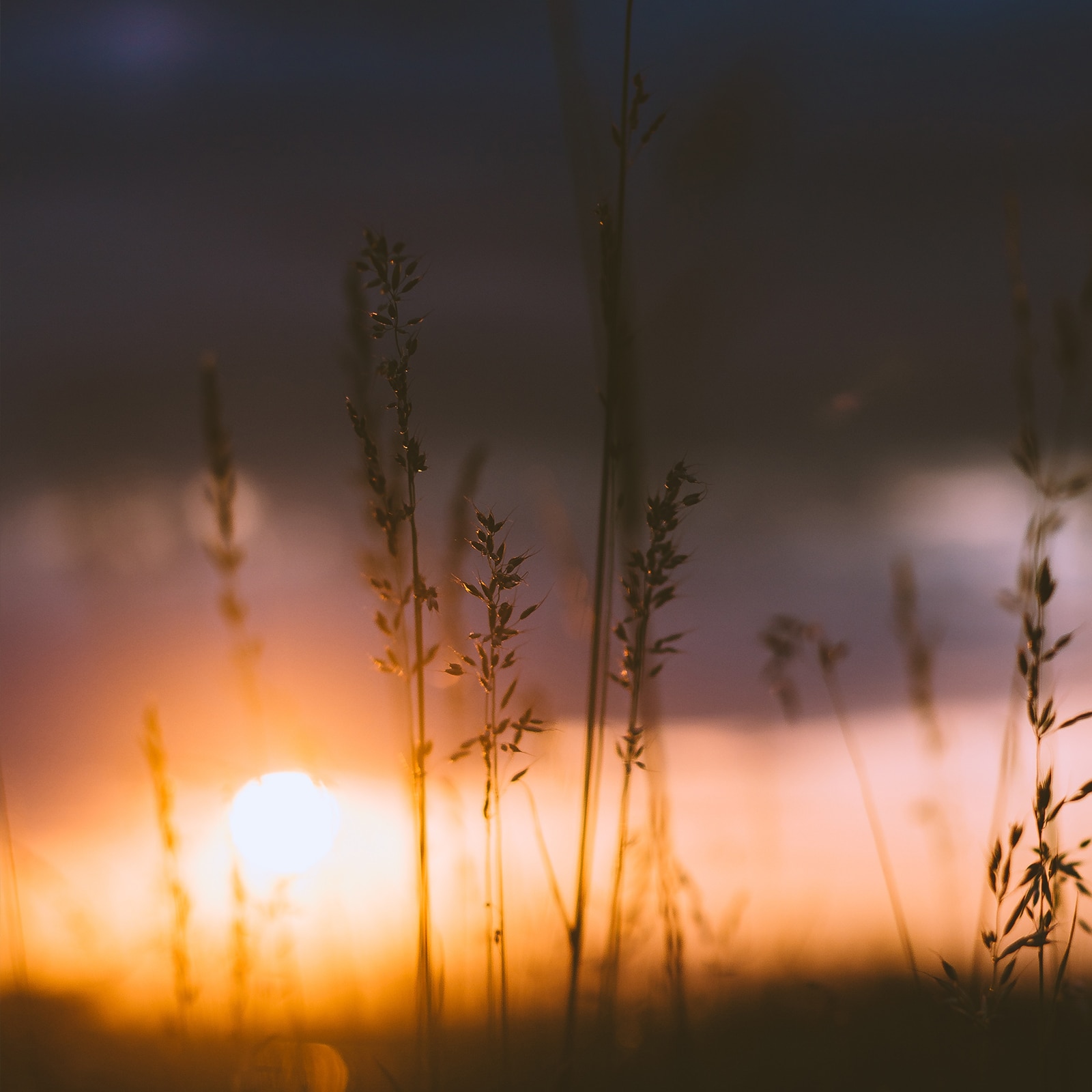 With this question we enter the world of symbolism. As we simply be with what is in our midst, from the stance of the naked eye, we would not bring evaluation or assessment, we would bring curiosity and simple interest, synonyms for “not-knowing”. This would allow for seeing something new.

The artist must develop a tolerance for the discomfort of not-knowing, because as she exhausts her known ways of creating and the piece is still not working, she must allow the muse of creativity to educate her as to the next step, the next brushstroke, the next note. She is basically listening for the next choice, the answer to: how to proceed?

Listening from this realm of not-knowing, with mental attention turned away from the noise of the stored data of the intellect, and turned toward listening simply through the silence of the “naked eye”, insight emerges. New possibility is heard and brilliance radiates. There is always a background of harmonious music in Life, but what are we listening to: the cacophony of the noise from the thinking in our intellect, our stored memory, or the melodious harmonics of Life Itself?

Inspiration unfolds, taking the form necessary for the fulfillment of the creation: painting to be expressed, words to be written or spoken, parenting to be done, business plan to be developed, patient to be healed.

New realities and new realms emerge from the Source of everything and no thing. Empty and meaningless morph into what is needed, according to the character of the thought of the need. We become the conduit through which the creative Source forms Itself. We allow transformation to express through us into our worlds.

Seeing the Possible Best in Everyone 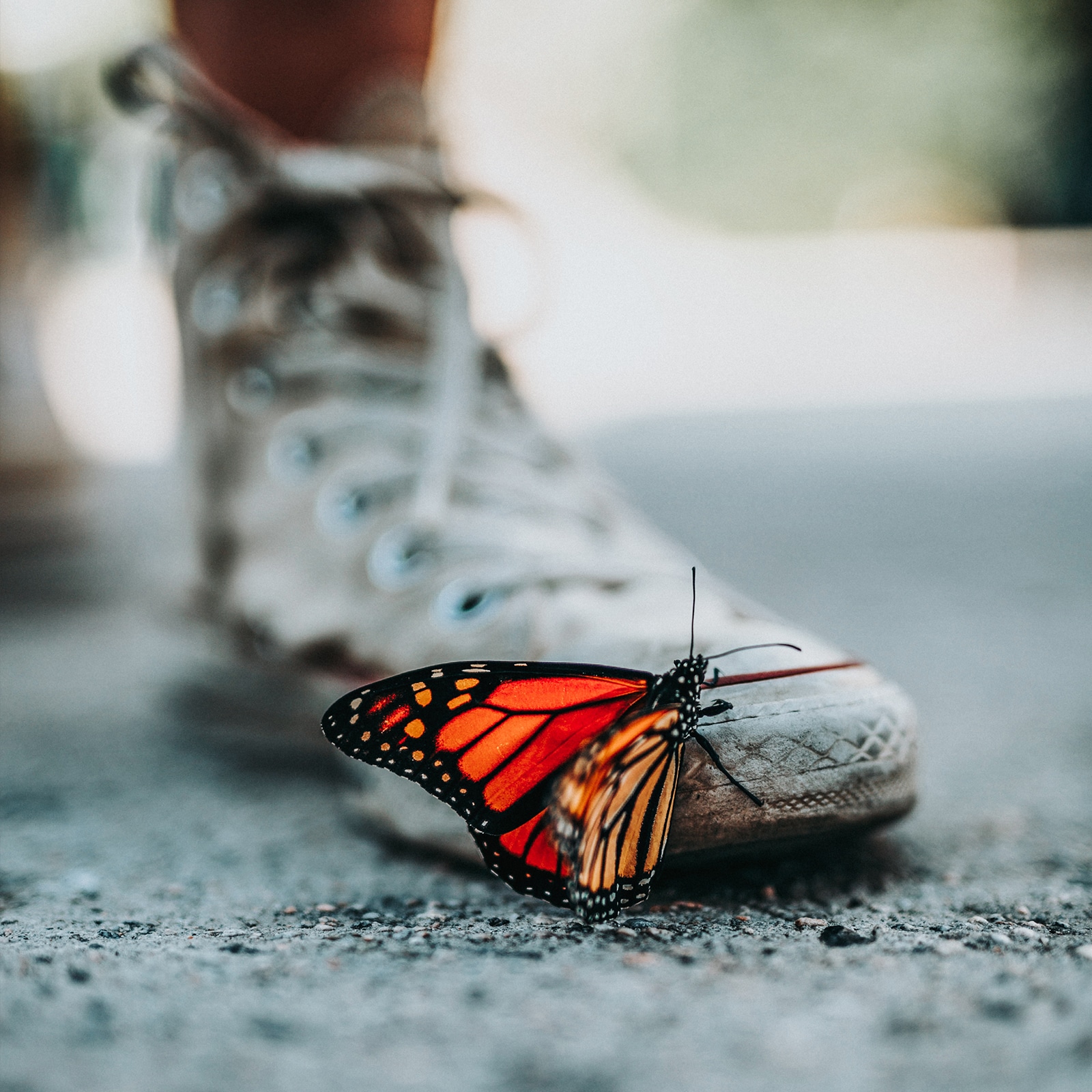 While I was interning in graduate school, the psychiatrist who was the medical director of our clinic for the county’s most challenging persistently mentally ill, became quite frustrated with me for being so idealistic with my patients. He said I was not reality-based enough to be able to assist them. I replied as respectfully as I could that, perhaps he was right, but my perspective was to see the possible best in every patient in order to elicit the same from them, in spite of their presentation.

I never read the clinical reports on my patients until after I met with them, because I didn’t want my initial assessment to be contaminated by the previous clinicians’ diagnoses. As a result of allowing myself to “not know”, I was able to perceive possibilities with these patients that very likely wouldn’t have occurred to me had I assumed from the get-go the reality of accepted clinical diagnoses and reports. Of course, I read the reports later, but I had by then been able to bring a fresh perspective to what was assumed, thereby achieving some very unusually positive results with patients diagnosed as people who would never improve.

Interestingly enough, my work with them was so effective, that a year later the same medical director requested supervision from me on my particular methodology.

Become a Catalyst for your Personal Purpose 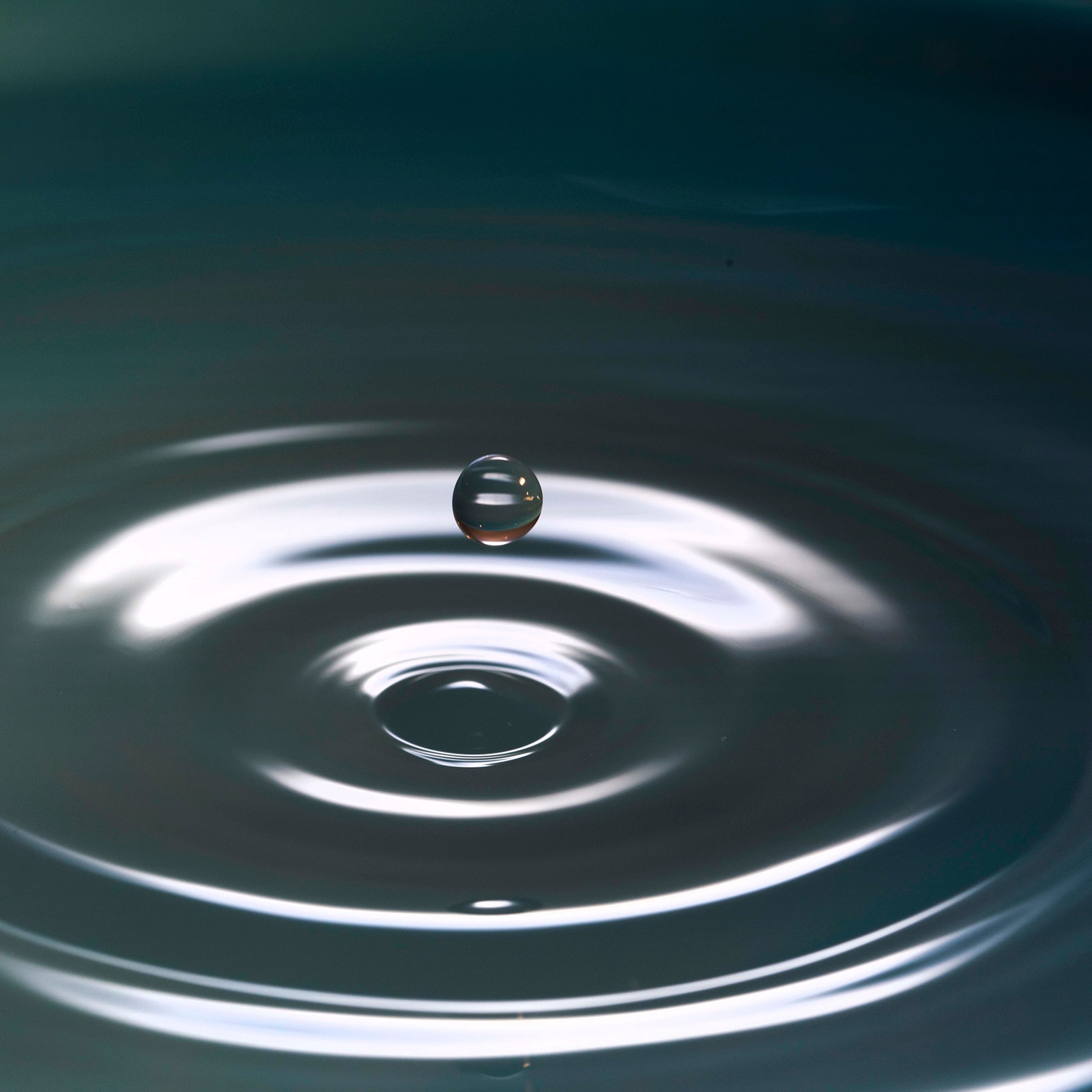 One thing I have learned is that any enlightenment I have attained is not so much the result of noble pursuit as it is waking up to the fact that my face has been in the dirt for a long time and maybe I don’t really know what I’m doing and it’s time to get up, brush myself off and have the wherewithal to listen for what I don’t know.

This was certainly part of the process of creating a personal purpose, which finally resonated into words from the essence of what I am committed to. The purpose is in fact now the articulation of who I say I am as a possibility. It took some courage to keep creating just the right combination of phrasing in the face of wanting to “do it right” or “look good” or “look intelligent”, yet now I have a verbalization that I can truly say is the default against which I can measure what I commit to: “I am committed that people are free from the limitations of the past, profoundly present, generating lives of authentic self-expression and joy”.

This process by the way is not dissimilar to the process of creating a painting. In the words of my dear painting mentor, Larry Robinson: “If you don’t hate this painting at some point in the process, it’s not going to be a good painting!”

In the realm of creative self-expression there is an angst with which we must engage, working with it, tolerating its discomfort, until harmony unfolds. In the painter’s case, we engage through the brush; in the case of a remarkable human being, through a purpose, a commitment to something bigger than one’s self.

If we allow it, transformation has its way with us.

“Look at any inspired painting. It’s like a gong sounding; it puts you in a state of reverberation.”

Awakening the Heart of the Evolution of Leadership 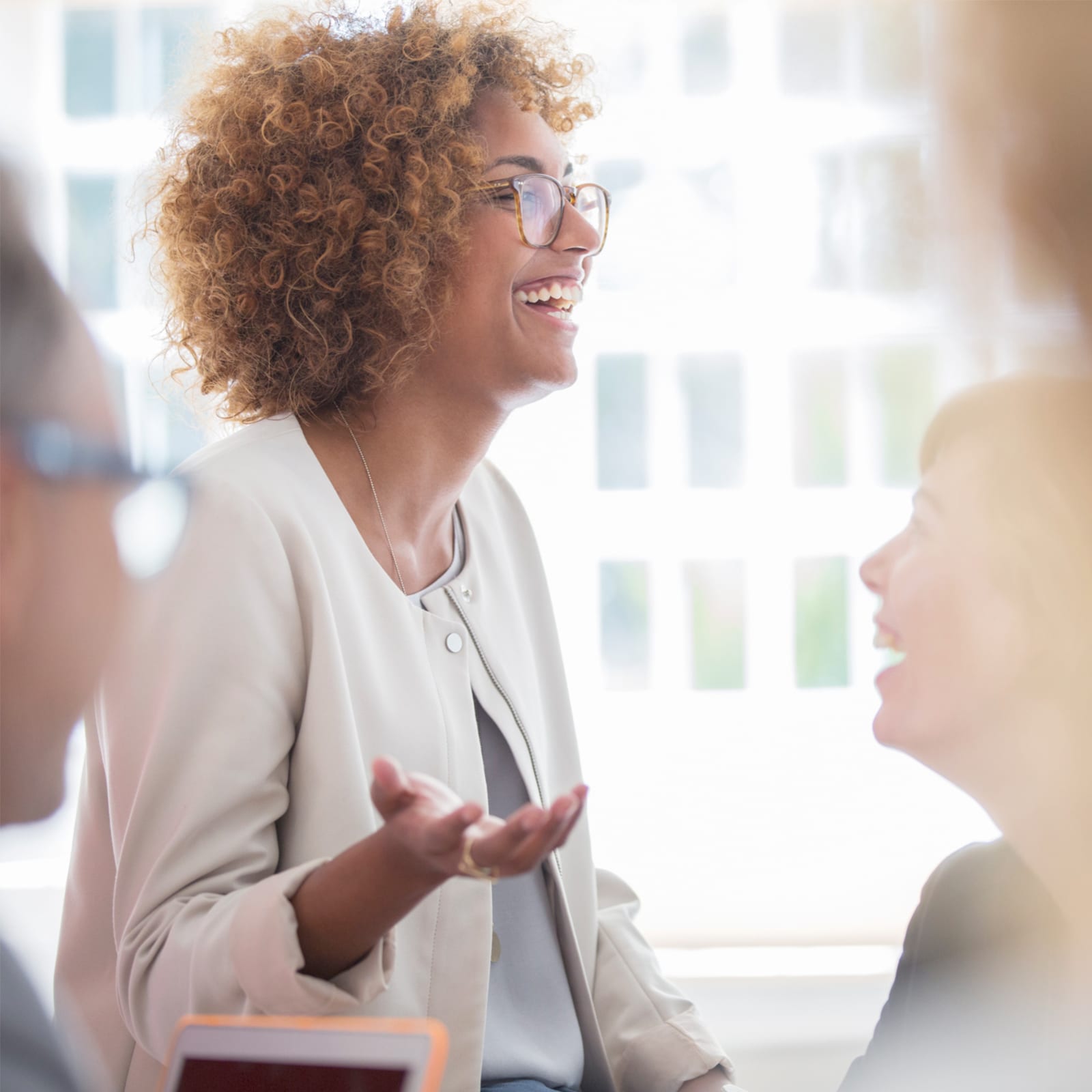 In the early 1990’s I was a member of SIETAR, the Society for International Education, Training, and Research, created by the founders of the Peace Corps. The strategy utilized by the most effective interculturalists of the day was the strategy of entering into a culture with no expectations or assumptions, but rather with reverence and a listening for what the culture was speaking not just verbally, but non-verbally. In this way the most effective of the interculturalists were the most malleable, open to assimilating into the culture due to the capacity they had developed within themselves to suspend their own knowledge and ways of behaving. They aligned with the resonance of the new culture much as an instrument allows its own vibrational rate to be catalyzed by a tuning fork.

So, listening for what we don’t know could be a universal strategy, a globally transformative strategy, because the very nature of not-knowing calls for one to be present in the moment with no attention paid to one’s personal thinking from the past: beginner’s mind.

In January of 2010 I was asked to design and lead a training for the annual company meeting of an international consulting firm, which delivers its work in 8 languages and whose focus clients are Global Fortune 1000 companies. Their work impacts hundreds of thousands of people worldwide. They are in the process of expanding their company’s purpose as well as supporting each employee in defining his/her own purpose in order to best recognize whether their individual commitment is aligned with the company commitment.

What became clear in the presentation of my material was that, much like the interculturalists mentioned earlier, theirs was no longer a question of designing new technology, but rather that each employee be able to discover their own authentic essence within, catalyze it, and emanate the resulting authenticity as they delivered the already mastered technology. 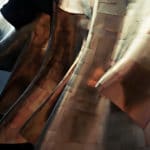 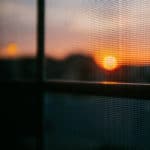 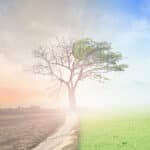 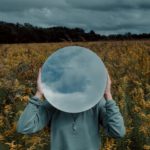 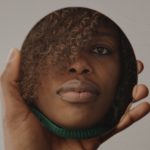